My blog has moved. It is now self hosted and you can find it

Looking for a healthy alternative to chips or crackers? Look no further – these crunchy peas are the perfect healthy substitute.

When in Vietnam earlier this year we were often given bowls of salty crunchy peas at bars or before dinner drinks. Our toddler could not get enough of them surprisingly. I have been meaning to create our own version since then and only just got to it. They aren’t entirely the same. But still popular with the little person.

Defrost the peas in the fridge over night, mix the 3 ingredients together in a bowl.

Pre-heat oven to around 180 degrees Celsius in a fan force oven or equivalent.

Place a sheet of cooking paper on an oven tray and lay out the peas. Cook them in the oven for about 30-40 minutes, checking every 10 minutes to make sure they don’t burn.

Once some start to brown, take a couple out to cool and see if they are crunchy. If so, you are good to go!

They are a great lunch box snack or good for sitting in front of the football… or at least that’s what I will try and convince my husband now! Healthy and tasty is a winning combo!

There is nothing better than a meal the whole family can enjoy together, toddlers included. The older they get, the easier this gets thankfully, however then it becomes more about keeping fussy appetites happy.

Tacos are often a popular choice with big kids (and most adults). We love them in this household and with a bit of a tweak, so does our daughter.

So, this is a deconstructed taco:

The toddler plates with separate sections is ideal for this type of thing, but pretty much it is everything that would go in a taco, in little finger friendly servings (although miss L will always use a fork or spoon… she likes to be fancy). Flavoured mince, tomato, grated cheese, lettuce, and pieces of taco and tortilla for her to nibble on.

In fact this is such a popular dish in this household that I had to top up her plate several times on this occasion, as she could not get enough of that tasty mince. We use Old El Paso taco kits usually but home made would likely be even better.

Unfortunately the lettuce and tomato are less popular but at least if it is there, they may have a nibble…

Wedding planning is a lot of fun, but there is a lot to keep track of. Guest lists, quotes, payments and everything in between. It’s nice to have it all in one place.

I created an excel spreadsheet for my own wedding organisation a couple of years back and have tweaked it a little & popped it in my etsy store, along with my simple blog tracker.

The wedding planner includes a place for guests, including addresses so it is all in one placement, with columns for RSVP from engagement party to the wedding.

There are lots of places for quotes for everything from catering, venue, transport, flowers etc.

A page to plan your wedding songs to have the perfect soundtrack to your big day.

And so much more! But rest assured, it is simple to use and full of pre-set calculations to help you stay on budget. All this for just $3, instant download and yours to adjust to suit your needs.

You can grab your copy here.

As is usually the case with my recipes, I had fun experimenting with random ingredients. Thankfully it was another success.

This time it was some fish skewers from the freezer I had purchased on a whim a little while ago. They were on sale so I thought why not… Then they sat and sat and sat in the freezer, without a clue what to do with them since they were plain.

Plain fish on a stick isn’t much fun!

So out came the marinating dish and some random ingredients.

That’s it. Super simple and very tasty. You could essentially marinate any fish this way but the skewers are extra fun and actually would make great BBQ or entertaining food.

The past few months have been somewhat crazy and only getting worse. My most hectic month will kick off from mid August til late September with uni prac then my cousins wedding in north Queensland, with lots of assessments due in between. The cruel thing is I am doing 3 subjects this semester and 2 have assessments due mid prac while all 3 have an assessment due on the same day in the last week of term. OMG!!

I was starting to stress a bit too which is rare for me, but I was starting to fall behind. With a toddler who is a night owl at the best of times suddenly not getting to sleep until close to midnight some nights or waking frequently, it was getting a little frustrating and extremely unproductive. One of the challenges of a night shift husband.

With said husband on tour with his band this weekend, I was fearing the worse with falling even further behind, but nope. I’m now at least a week ahead in each subject with readings and up to date with assessments so far. Phew! Miss L has been nice and easy for mummy during our girl weekend.

So much so I got some time to play a bit of project life catch up tonight since I am starting to fall over a month behind on that now too. Caught up til mid June. Not as bad as I thought but still a long way to go.

The fact that week 23 & 24 had so few photos and fit on a single page certainly helps with keeping up. And good memory keeping with useful apps on my ipad really help keep me on track when I’m behind. I should do a post on that sometime soon I suppose. When I find a spare few minutes that is 😉

Otherwise, you can find my entire 2014 album so far here.

Have you seen this video? It’s recently been doing the rounds on the internet and the reception has been a combination of support and negativity.

It’s about a dad who wants to create a special memory for his young daughter – by taking her on her first ‘date’. He documents the day and launched it as a Father’s Day tribute recently.

Some people have labelled it as ‘creepy’, ‘wrong’ or ‘inappropriate’ but had he not used the word ‘date’ perhaps this wouldn’t be so. Or sadly enough, were it a mother taking her son on his first ‘date’ there may be a lot more support.

In my opinion, this is just wrong!

This dad should be commended on wanting to show his daughter how precious she is and give her such a cherished memory of what is simply a daddy-daughter day out. It is lovely!

It saddens me that such a beautiful video, filled with nothing but love and good intentions can be received so poorly by so many people. And perhaps this is in part due to their own less-favourable childhood memories, or the fear that so many people live in these days that something such as this cannot be innocent and filled with only good intention.

Father’s should be encouraged to have such strong bonds with their children. Don’t you think? 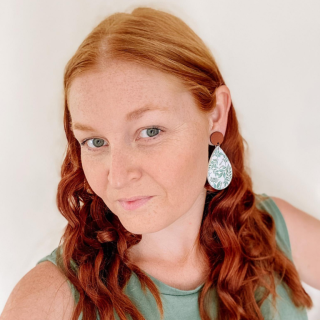 Hi, I’m Holly! Mum of 2 energetic girls. A Psychologist turned stay at home mum and blogger, sharing my best tips for simplifying life and getting organised! I have a love for DIY, sweet treats and travel. Join me in creating a life that you love! There was an error retrieving images from Instagram. An attempt will be remade in a few minutes.

Happily exploring the USA, UK, & everywhere in between

Inspiring positive change via my writing, photography and travel from around the globe.

Chronicles of a Travel Addict

A little bit of life, travel and money... according to Amanda Cassar